PLEASE NOTE: the 9 April tour is postponed, all ticket holders should have been emailed​

‘The boldest building of the early 20th century in England is without doubt Edgar Wood’s First Church of Christ Scientist. It is a pioneer work, internationally speaking, of an Expressionism halfway between Gaudi and Germany about 1920. (It is) one of the most original buildings anywhere.’ Thus, wrote the architectural critic, Nikolaus Pevsner.

It's with great pleasure that I can announce  exclusive tours of one of the most jaw-droppingly beautiful and gloriously crafted buildings in Great Britain. This is the first time this Grade I listed building will be regularly guided since its construction between 1903-7. The inspiring story behind the building and the architect, and the area of Victoria Park it lies within, is full of fascination, pathos and humour. This tour will reveal that thrilling story while also using projections to display other work by Wood - this often forgotten genius of architecture.

The church plan suggests a cross with, in the centre, the high gable of the main hall. The materials include white render, stone chimney stacks and other details, carefully laid brickwork, polished brass. In other words, anything Wood thought might add to his delicate yet powerful design. A stroke of genius is delivered with the chubby tower lower than the height of the main hall roof. This is a wilful, highly original and successful reversal of the usual relationship between church and tower in traditional ecclesiastical buildings. The attention to detail even extends to the lovely brick entrance to the lawns in front of the building. The organ screen in the nave with its Moorish echoes reinforces the talent on display in the building, as does the stirring reredos and even, traditionally more modest, elements such as the fireplaces.

The bringing together of Arts and Crafts with Art Nouveau and marrying them to a desire to be ‘modern’ and different, yet still beautiful, was one of Wood’s hallmarks, and resulted in something unique in Europe.

​This building is, without doubt, beautiful.

The tour starts with something more as well, passing three significant residences close to the Edgar Wood - Victoria Park. The first is Summerville, the residence of Sir Harry Smith and his wife, Juana Maria de los Delores de Leon Smith, who shared one of the great 19th century romances. The second is Addison Crescent, where conductor and orchestra creator Charles Halle lived and then a little later the celebrated artist Ford Madox Brown resided. Nearby is Buckingham Terrace where Emmeline Pankhurst and her family dwelled and suffered their greatest personal tragedy.

Thanks needs to be extended to the owner JPS Property Co Ltd who have enabled these tours to take place.

Booking ahead is advisable

Please book on Paypal below. The receipt Paypal emails back to you operates as the ticket.

​Full Covid-19 precautions will be taken. Sensible footwear is best and you will have to agree to the terms and conditions of visiting any site as stated by the guide when you turn up. On rare occasions some areas will not be available to visit.

PLEASE CHECK THIS WEBSITE 24 HOURS BEFORE THE TOUR IN CASE A SITUATION ARISES WHICH MAY AFFECT THE TOUR.
More background

As the nineteenth century became the twentieth century, Edgar Wood (1860–1935), one of the most elusive and brilliant architects this country has ever spawned, designed First Church of Christ Scientist in Victoria Park. The building was complete by 1907 and is a ten minute walk from the Whitworth Art Gallery and five minutes from Victoria Baths and not much further than the Gaskell House. It sums up all that is best in Wood's work and captures his ebullient character too.
​
As the chief scholar for Wood, John Archer, has written: ‘(Wood’s) individuality was conspicuously displayed by an eccentric and flamboyant taste in dress. He wore a voluminous black cloak lined with red silk, a broad brimmed hat and carried a silver-handled cane; and he had a dachshund which he called ‘Lily Lies Low’. (Yet), he was no effete dandy but a man of great vehemence, determination and prodigious energy.’

Wood was born and brought up in Middleton, four or so miles north of Manchester city centre, the son of a cotton manufacturer. He was supposed to join the family business but instead he favoured becoming a fine artist. The compromise agreed with the family was that he apply himself to the more practical art of architecture – although he would design tilework, furniture, friezes and so on all his life, becoming a founding member of the Northern Art Workers’ Guild in 1896, examples of which can be seen on the tour.

Many of his commissions came through extended family connections and most writers agree that he preferred smaller commissions over which he could exercise full control. Thus his work is frequently domestic with a few churches, such as First Church of Christ Scientist, small commercial buildings and street and park furniture ranging from water fountains to the 83ft Lindley Clock Tower in Huddersfield.
​
Wood came into a fortune upon his father’s death in 1909. He no longer needed to work so he applied himself less and less to architecture. He eventually retired to Mussolini’s Italy (an odd choice for a man who had been left of centre politically all his life but then again Italy is never an odd choice for an aesthete) and lived out his life at Monte Calvario Imperia close to the French border on the Italian Riviera. He died in 1935. 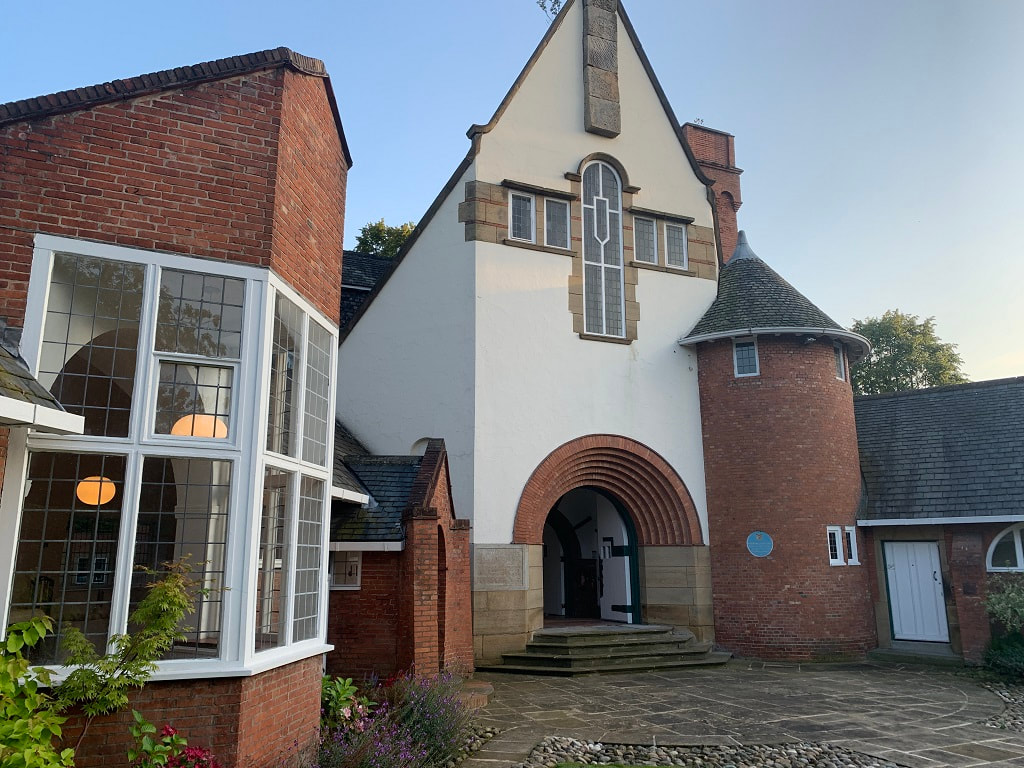 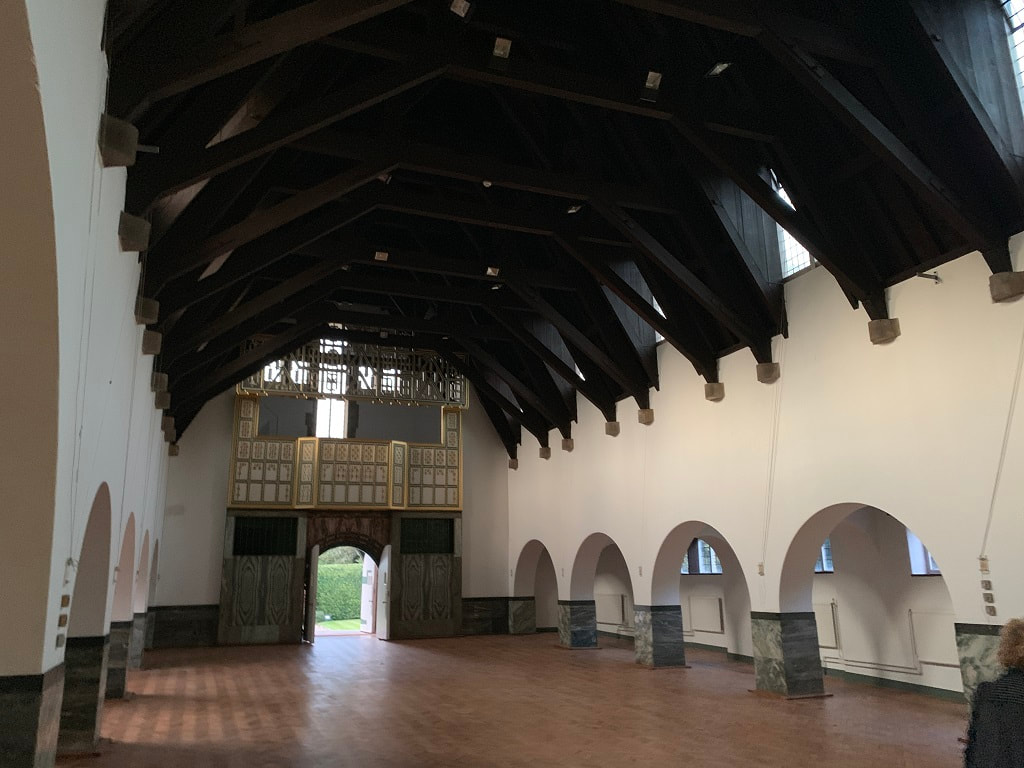 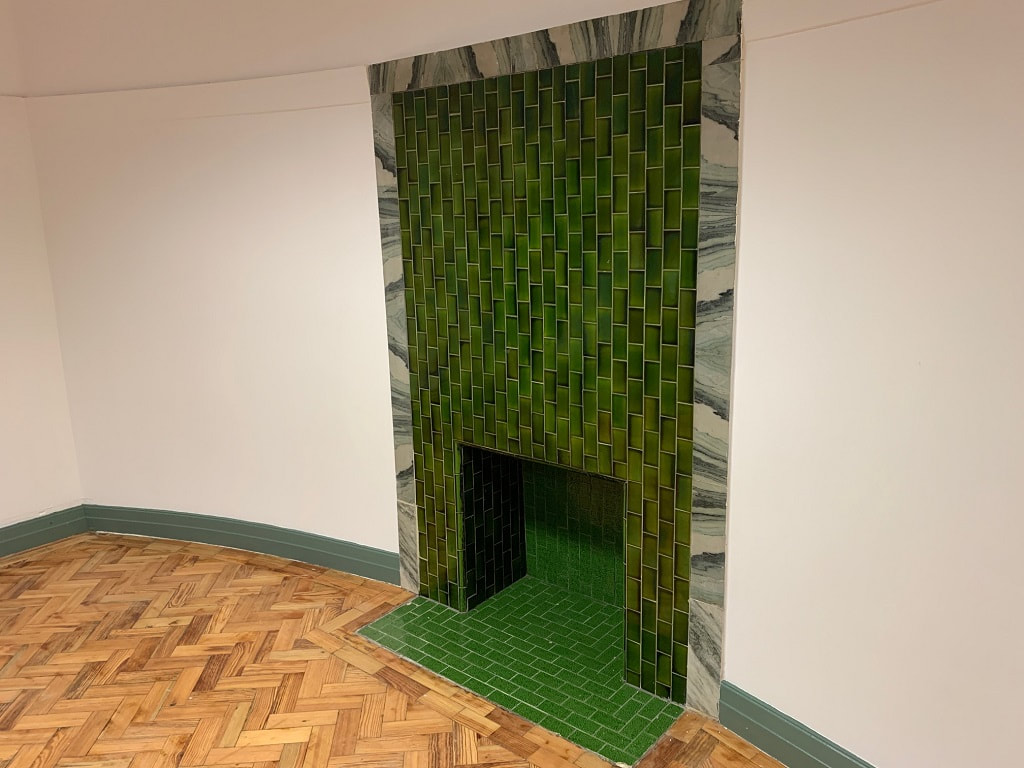 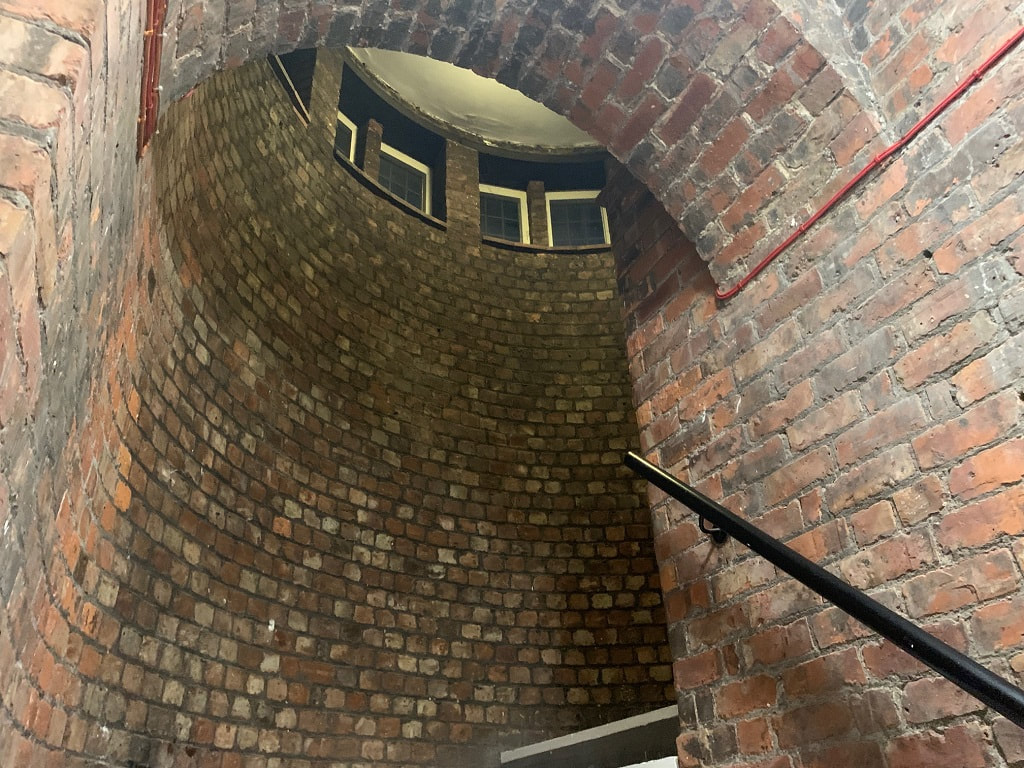 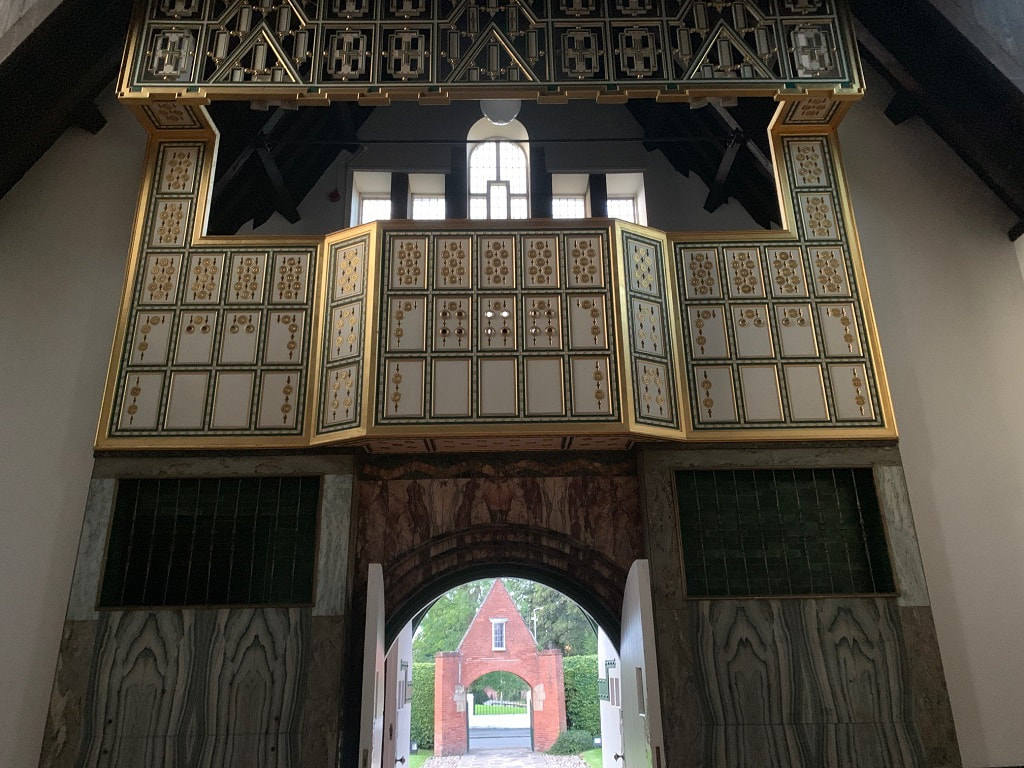 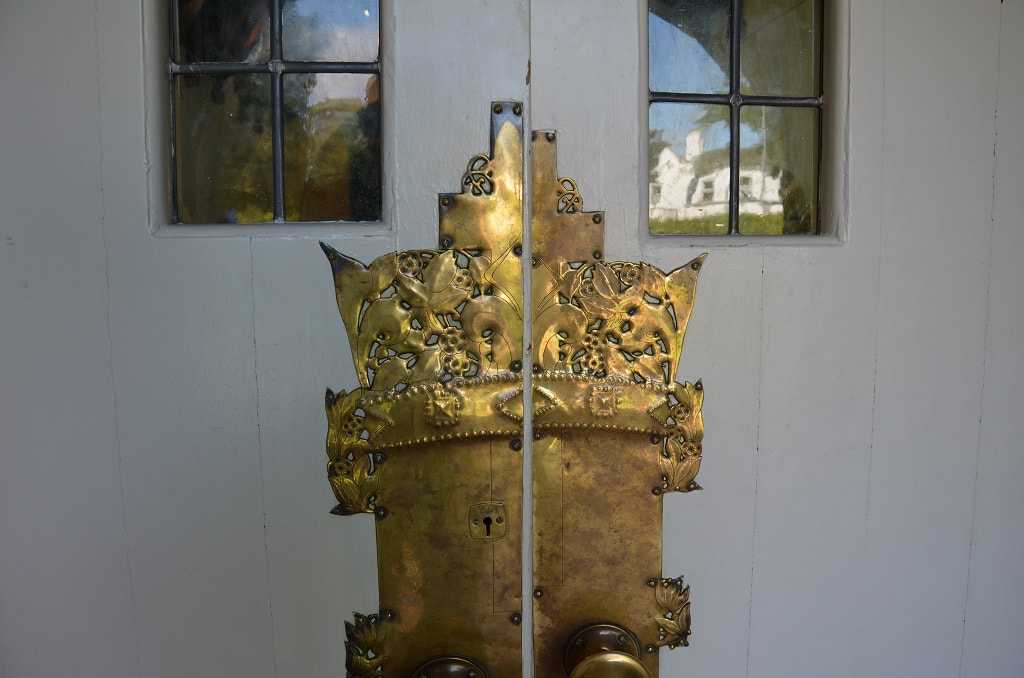 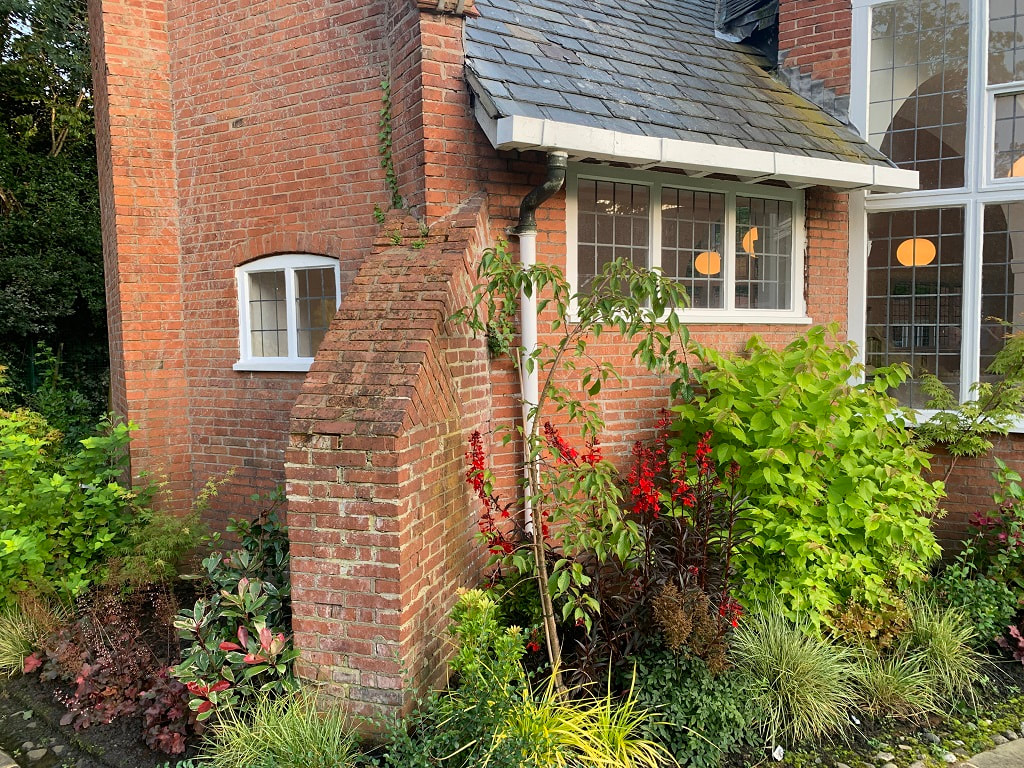 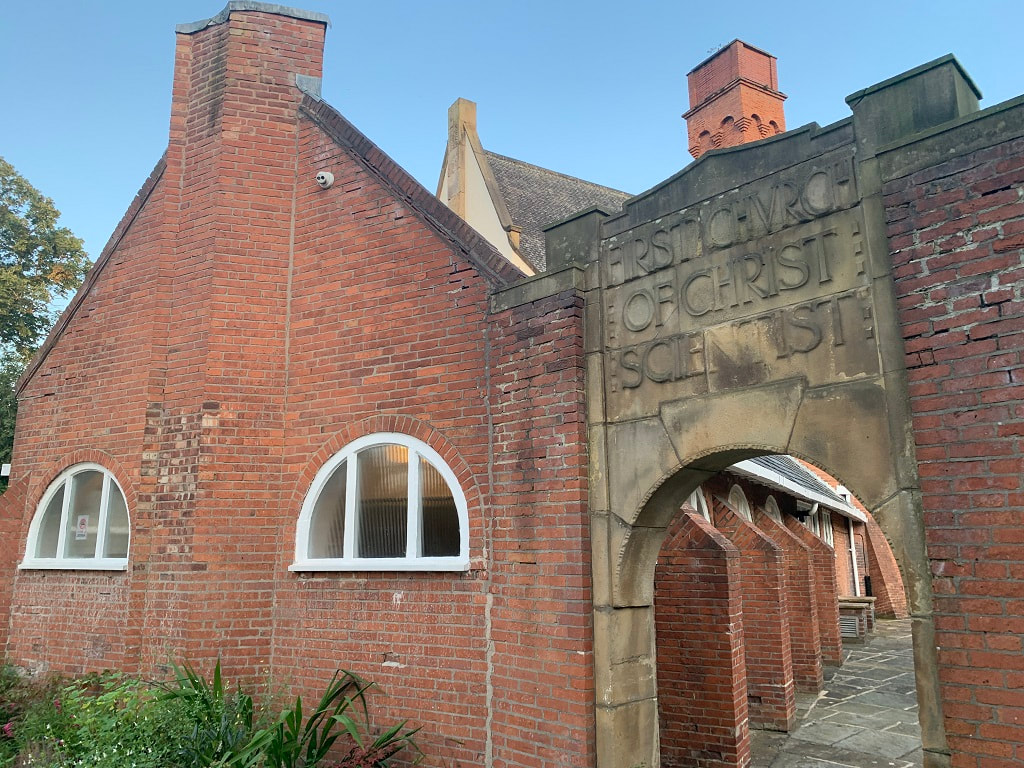 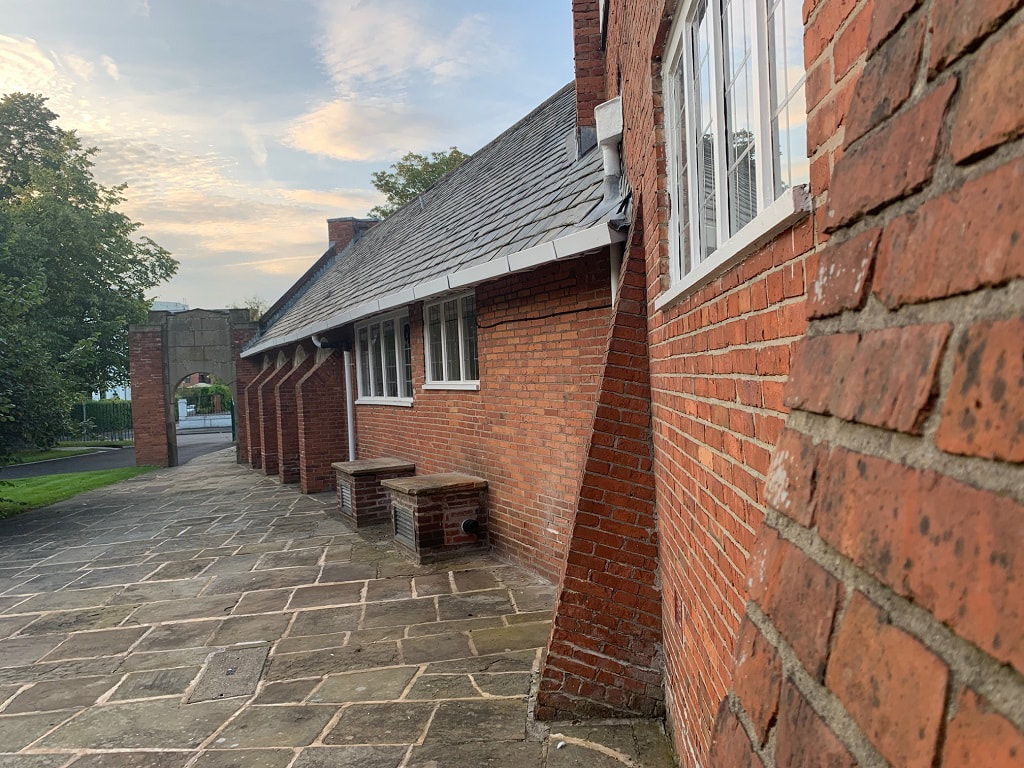