The Co-ops’ New Century Hall, now styled New Century, is allowing me in for a limited run of five tours this September and October.

The tour includes stunning design, beautiful artworks and superb stories of a fantastic building that has long been closed to public view. Now, reopening as a gig and events space the first floor tour de force auditorium from 1963 now comes complete with an exciting ground floor food hall and a state of art college building for music and gaming in the basement.

This tour is perfect for people who adore the quality and optimism, the spring in the step, of the best sixties design. It’s for people who attended gigs from the likes of Jimi Hendrix, Pink Floyd, The Who, The Bee Gees and Tina Turner and want to visit the space once more. It’s for all the people, Northern soulers and others who shimmied, strutted and danced the night away on the sprung dance floor.
​
This is a wonderful place, part of a marvellous project. It’s the sort of scheme that makes you feel happy about the city.

Please book on Paypal below or Eventbrite. If you order on Paypal the receipt Paypal emails back to you operates as the ticket. On rare occasions some areas will not be available to visit.

PLEASE CHECK THIS WEBSITE 24 HOURS BEFORE THE TOUR IN CASE A SITUATION ARISES WHICH MAY AFFECT THE TOUR.
​
More about New Century

New Century Hall is being reborn and rechristened New Century. The 1963 auditorium designed by Jonathan Green Associates, together with a CWS in-house team, will rise again. Alongside the 800 capacity auditorium there’ll be a big food hall and a creative college.

The performance space with its sprung dance-floor builds on the past when mods and rockers swaggered into the main event space along with glitter-covered, flare bedecked disco boys and girls. There were dance nights, balls and big gigs. I even remember there being a model railway exhibition at one time. And beer festivals of course.

The sixties decoration in the hall is of its time and all the better for that as it fits the exterior like a glove. There’s a sprung dance floor, a fabulous feature ceiling and panelled walls. These will be complemented by state-of-the-art sound systems. The idea is to make it a flexible space for gigs, comedy and performance. It will work for conferences too.

On a visit recently I was blown away by the sixties’ details. The original opening date was Saturday 11 May, 1963, and my-oh-my, even in 2022, New Century Hall still exudes that infectious Age of Aquarius optimism. 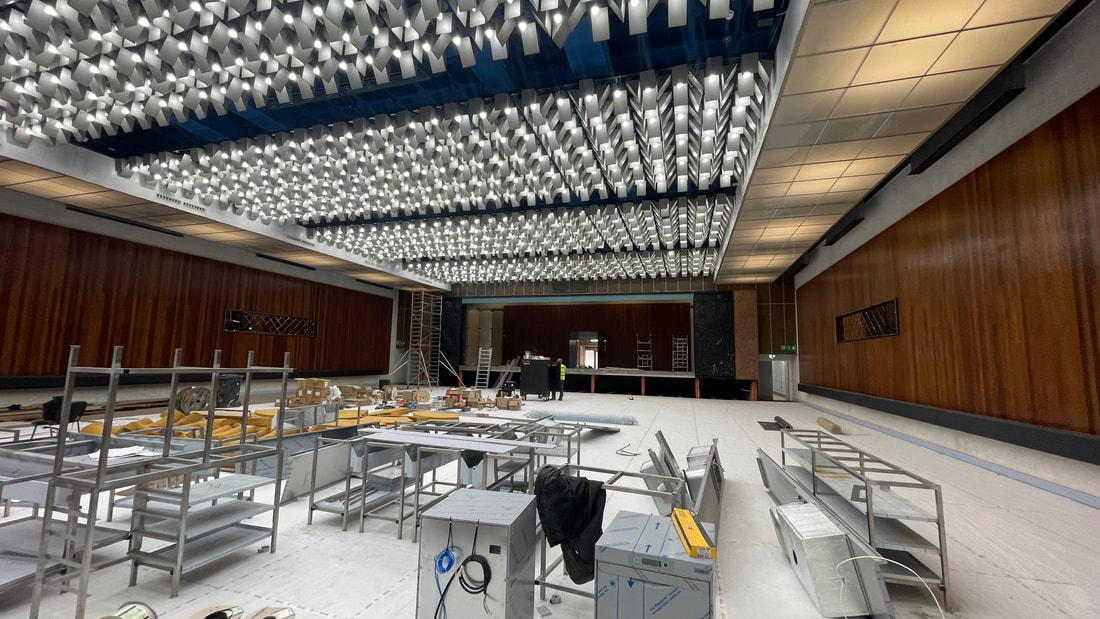 The glassfibre murals of musicians by Stephen Sykes on each side of the stage are simply beautiful, the main material is dark but flashes of light sparkle out from gilt mosaic intrusions. The six female figures, four playing stringed instruments, one a horn and another the triangle, are stylised, elongated and gorgeous. I confess I’m a bit in love with these elegant ladies. The sexy mirrors down each side of the auditorium sport smooth and sleek clocks. 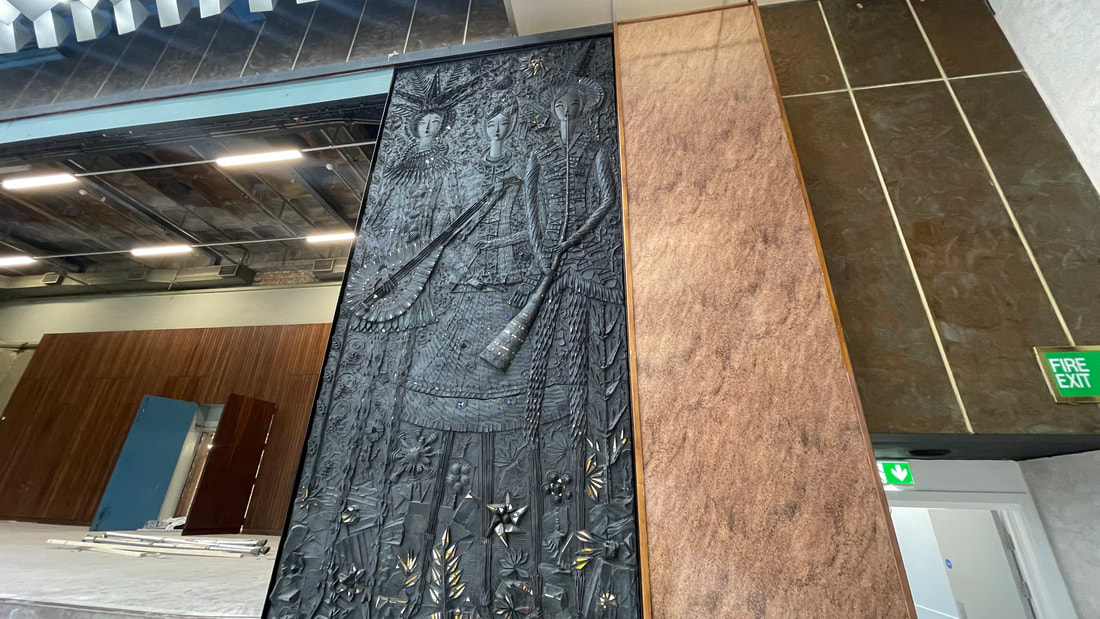 The Guardian report of the opening also claimed the hall had ‘the longest ashtrays in the world’. I can’t recall seeing these or rather didn’t recognise them. Atul Bansul, of designers Sheila Bird Studio, assures me they are still there but nobody knew what they were for but not understand the metal ashtrays slotted into these pictured tracks on the left.
The Guardian also gushes about the ceiling. ‘The suspended ceiling of the hall is made up of 3,500 cork filled triangular reflectors and resonators to improve acoustics, rather like a small-scale inverted tank trap interspersed with white yellow and blue electric bulbs.’ The reflectors are all still there and although the lamps have been replaced the lighting effects are dramatic, as the picture below shows. 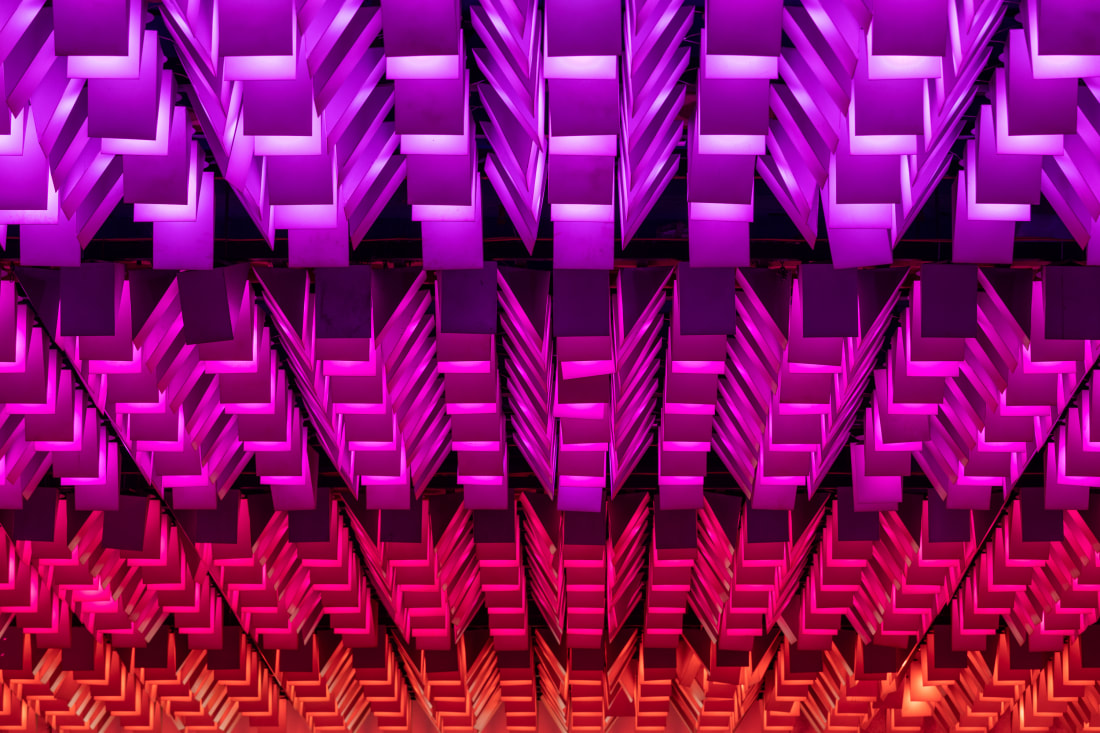 Underneath the auditorium there will be a food and drink hall called New Century Kitchen. This will seat up to 300 people in 10,000 sq ft.

There’ll be a central bar and an entertainments area while the whole thing will open onto car-free Sadler’s Yard on the southern side. This will be a big operation to fill, so originality in the food offering along with competitive pricing will be the order of the day.
​​
Adam Reid the celebrated chef of The French at the Midland will be providing some of the grub. (By the way when Atul Bansal was talking to Reid, the latter showed him how he designed dishes. Unusually, he sketches them first in colour – literally drawing the food he creates as his inspiration bites, so to speak. 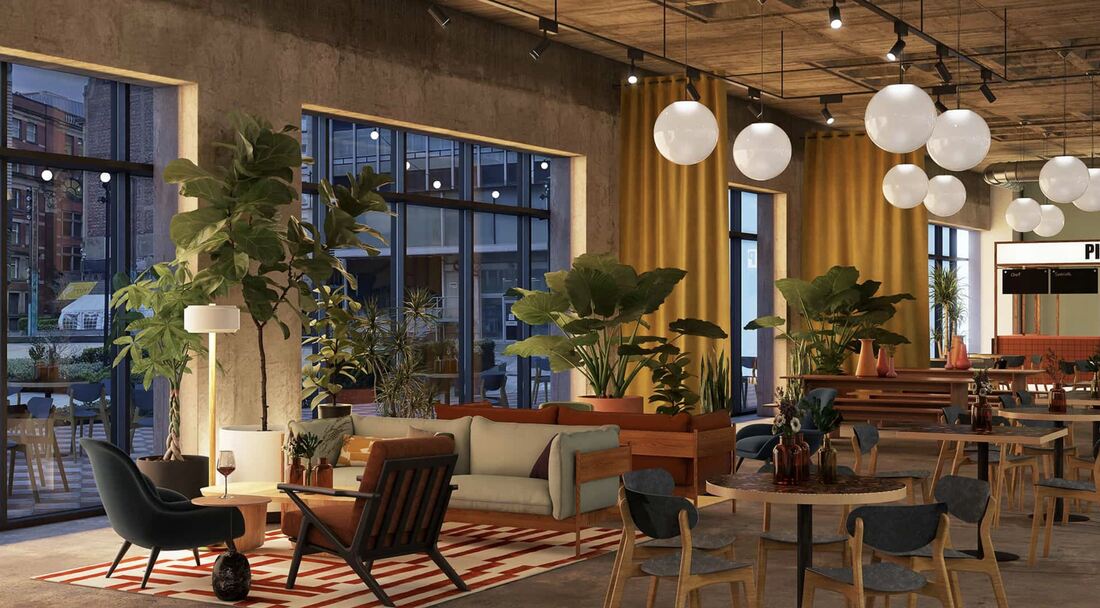 The basement will host Access Creative College with lots of state-of-the-art kit. This organisation targets the creative industry and already has a couple of sites in the city. The focus here will be on degree-level courses in music, games and computing delivered by the educational provider, DBS Institute.

Adrian Armstrong, who’s the boss of Access Creative, tells me how the whole building is integrated so should, for example, students be studying how to put on a gig they can digitally talk to the real auditorium above as a learning method. Similarly, the screens in the food hall can be triggered from below to assist in the courses being run from the basement studios.
​
I asked what Armstrong thought of what’s happening at New Century as it’s being restyled. He said: “It’s my life’s work.” If so, it’s good work. You can read this satisfaction of what’s being created on the faces of all the people you meet on the project.

“We’re very excited. We think New Century will be important for the city and for this area of the city centre. We’re proud of what we are creating,” says Bansal.

New Century Hall and New Century House were all part of a complex of Cooperative Movement buildings along with the CIS Tower further up Miller Street. The Co-op wanted set-piece architecture as good as anything being built in London or the US. New Century Hall was based on Bauhaus architect Mies van der Rohe's Illinois Institute in Chicago, with its bold black metal verticals moving up and then over the building.

Incidentially May 1963 was six months or so after the Cuban Missile Crisis and six months before the assassination of President Kennedy in November 1963. The Hall opened four months after the release of the first Beatles LP, ‘Please Please Me’. 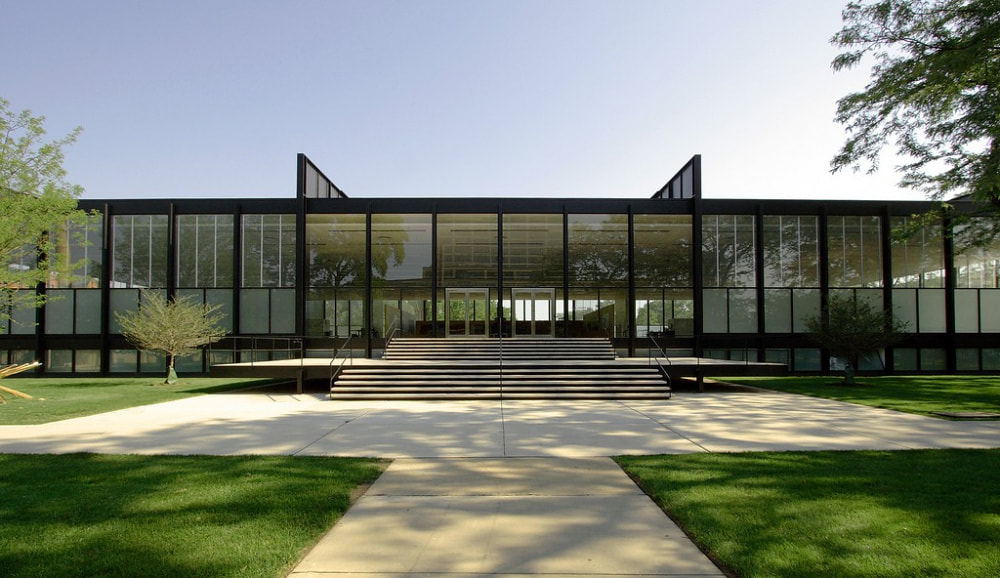 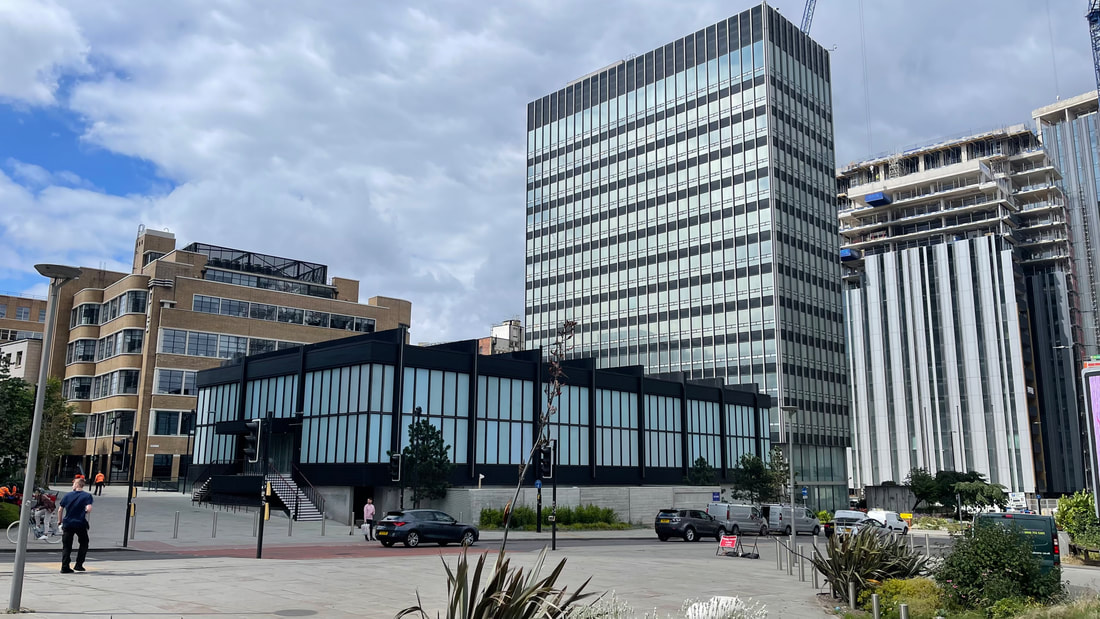